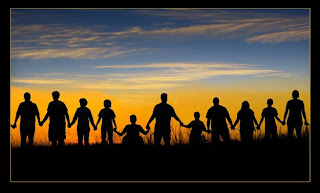 A common misconception held by many people is that men cannot be "victims" of sexual abuse. It is often believed that if an adult or teenage male is sexually assaulted he must have consented to the act. It then follows that if the male consented he must be gay or bi-sexual. Add to this the again mistaken belief that males cannot become erect or ejaculate without consent or enjoyment and you have a powerful and pervasive belief system in place which forces most male survivors of sexual assault to remain silent. Many beleive that if a man is abused or raped it makes the victim homosexual. What absolute rubbish!

I do believe that sexual abuse and rape might cause confusion in the victim, BUT, only because of the way society views different stereotypes. Society and bad education has a great deal to answer for. "Real" men cannot be abused or raped... Again a misleading, confusing and totally incorrect statement. Firstly define a "real" man? It is what society deems it to be. Unless we change our attitudes, educate ourselves to the truth, millions of men will remain silent.

I don't give a monkeys if you are straight, gay or bi-sexual. You are human. If you are a victim of childhood or adult sexual abuse/assault you should not be judged or labelled because of it.

Being a VICTIM does not define what or who you are, sexually or otherwise.

Growing up I had massive confusion over who or what I was. I was taught that boys don't cry, that they must be strong and silent. Boys don't play with girls, they must play with other boys. Sports and fishing and cars (stereotypical boy/man hood activities) were supposed to be my interests.. I enjoyed some sports yes, but health problems prevented me from doing many. I enjoyed the company of any friend.. I didn't have many, I didn't mix well. Recently I remembered the Grandfather encouraging me to play "Doctor/Patient" with other boys. He always made me be the patient. I spent much of my childhood alone. I was robbed of a "normal" upbringing and have few happy memories. I was a loner whenever possible. It hurt less that way.

I grew up frightened, confused and alone.

The way that we have been created leads to stereotypical expectations. The female is "supposed" to be the home maker, the "weaker" sex (I don't agree) and the man the hunter gatherer. The male is not supposed to cry or get emotional. Showing one's feelings, showing that we might be scared is a huge no no.

Society has created a belief system that is damaging and prevents so many from being able to stand up and ask for help.

These myths and stereotypes silence victims. So many men have commited suicide because they cannot face what happened to them and feel unable to ask for help. So many men live unhappy, unfulfilled lives because they don't want the finger pointed at them.

Isn't it time that these stereotypes and myths were put where they belong? In the rubbish/trash and destroyed forever.

Until society changes it's attitudes generally then millions will go on suffering in silence.

I often say on this blog "Come on guys! Stand up and be counted! There's no shame in being the victim!" This is totally true. What is just as important that we work to change the attitudes of those around us.

Our Governments need to wake up to the truth about sexual abuse. Money needs to be spent educating the masses. "We" have to educate the masses.

At the moment the paedophiles and rapists are the winners. The curtain of silence is keeping them safe. The fear of societies expectations is keeping the victims silent.

It's time to rip down that curtain and to turn the tables on the evil scum that continue abusing, feeling safe because society has made them feel safe. Knowledge is power. We have the knowledge so it's time we took the power away from the paedophiles and rapists.

Punishment must be made much much harsher. A real "deterent" not a slap on the wrist or a short prison stay. The abusers took our lives and ruined them. Life should mean life. Let them rot in prisons.

Your words are so true, so authentic. Thank you for being you. Thank you for speaking up and encouraging other men to do the same. When men and women survivors all come together, we will win against the abusers. We will stop them. Our voices will multiply and become many until we are heard and can no longer be ignored.

I thank you for speaking up and out on a subject that is still considered taboo. I also am a survivor of childhood sexual abuse and have struggled much of my adult life to overcome the complex issues that arise out of it; it becomes a physiological issue. Writing has also been a tool I've used to help me to purge the hurt, shame, and anger.

Much peace and many blessings to you!

Good for you in writing this. That takes guts.