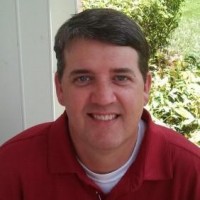 Author: Together We Heal

David Pittman spent years on a healing journey that continues to this very day. This led him to seek out groups specifically for men as well as those who had been through a similar trauma and ultimately inspired the foundation of Together We Heal, an organization focused on providing counseling and guidance for those who have suffered the trauma of childhood sexual abuse. As the Executive Director of TWH, David works to educate the public through speaking and collaborating with other groups to raise awareness and expose the sexual predator's methods. TWH now works with therapists, counselors and groups aiding both men and women in their efforts to heal, grow and thrive. He is also the South Florida Area Support Group Leader for SNAP, Survivors Network of Those Abused by Priests. There is a real need to change statute of limitation laws on child molestation and sexual abuse. We are here to help promote that change and provide a safe forum for victims of abuse to share, learn and heal. “To the world you may be just one person, but to one person you may be the world.” Please follow us on Twitter @Together_WeHeal

Email ThisBlogThis!Share to TwitterShare to FacebookShare to Pinterest
Labels: Together We Heal

A wise friend of mine said that she looked upon child rapists as having been "given over" to their sin. Recidivism is the norm with them. My Christian writing group was contacted by an inmate who wanted us to critique his work. One of the members brought his manuscript to our meeting. His story began with bewilderment at what was happening to him, his children cowering in fear at the arrival of the police. Then he launched into a sermon. Not great writing. The two halves of the manuscript didn’t belong together. But, the dude’s in prison. We all wanted to know: what was his crime?
A month later, after inquiry, we received an incomplete explanation about him being labeled a sex offender and another sermon. I announced at the meeting that he was probably a child rapist. A few thought my assessment a little harsh. I looked him up online and found that he was indeed a former pastor who had repeatedly raped and terrorized two boys from his church.
Can God move a heart of stone? Absolutely, he moved mine. But we can’t judge hearts, only the fruit of our labor. I saw no sign of repentance in this man’s writing. No comprehension of the violence and horror he’d inflicted. No shame at presuming to be able to interpret God’s word for others. He saw himself as a victim thrown into an environment that was beneath him.
That’s what I call evil. It’s never been man’s job to forgive evil. Personally, I think God wants us to bring our anger and pain to him. Socially, we need to prevent these animals from ever harming another innocent child.
May God bless you and lift you. May His peace fill you with contentment.

Very interesting thoughts. Forgiveness is something I too have been spending quite a bit of time and prayer on recently.

If you're interested in checking out another point of view, I would suggest checking out Corrie Ten Boom. You may be familiar with her, but if not, in short, she and her family smuggled jews out of Holland during the 2nd world war. Eventually the family was captured (after being betrayed by friends) and sent to concentration camps where her father, brother, and sister all died. Only she was left, and released by accident shortly before she would have been killed. She shares her own findings from the Bible on forgiveness that I've found very helpful. You can check out some of her speaking here http://www.sermonindex.net/modules/mydownloads/viewcat.php?cid=14 as well as looking at several books that were written by and about her. I hope this is helpful!

I really appreciated reading this post. Although I am female and atheist, this question of forgiveness is one that folks still bring up when they find out that I'm an incest survivor.
I've gone 'round and 'round about the semantics of forgiveness and whether they apply to my state of mind.
It's been 22 years since my abuse ended. I've had about 8 years of intense therapy and work hard to support my own mental health. I consider myself happy and well-adjusted at this stage in my life and I have not forgiven my abuser, nor do I intend to.
Folks who say that all survivors must practice forgiveness in order to heal are mistaken. Like anything else in life, recovery from abuse is a unique and personal path.

With respect to forgiveness of a sexual abuser, especially a member of the clergy, I feel that the following scriptures deal with this issue well:

Luke 17:1-2: "1Then said he unto the disciples, It is impossible but that offences will come: but woe unto him, through whom they come! 2It were better for him that a millstone were hanged about his neck, and he cast into the sea, than that he should offend one of these little ones.

Matthew 18:5-6: "5And whoso shall receive one such little child in my name receiveth me. 6But whoso shall offend one of these little ones which believe in me, it were better for him that a millstone were hanged about his neck, and that he were drowned in the depth of the sea."

Mark 9:42: "And whosoever shall offend one of these little ones that believe in me, it is better for him that a millstone were hanged about his neck, and he were cast into the sea."