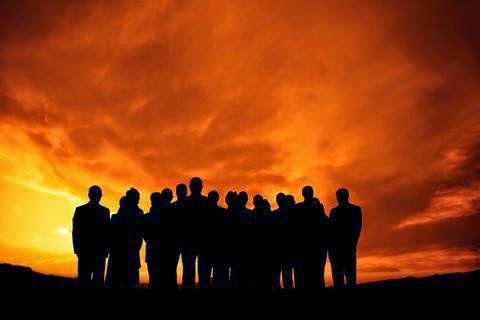 Many men who were sexually victimised as children find themselves faced with a difficult challenge as an adult. The skills they used as a child tend to be counter productive in later life. The long term, damaging effects of silence became more painful than the risks of speaking out, transforming and healing.
The effects of sexual abuse on men include:
Adult and teenage males might also feel that they are "less of a man" and that their masculinity has been compromised. Male survivors may also feel a crippling feeling of worthlessness from the notion that they could not protect themselves from a sexual attack and that they were somehow conquered and emasculated. This can lead male victims to question their ability to be what they, and society dictates, is a "man" and to question their masculinity as a whole.

The feelings of worthlessness may be strengthened due to involuntary erection or ejaculation during the sexual assault. However, those physical reactions can be the result of extreme fear and stress as well as the "stimulation" of the assault.

Male sexual assault survivors should always be reminded that the assault was an act of violence and not one of a consensual, sexual nature.Their physical reaction was no different than that of an involuntary response such as a sneeze or a yawn.

Unfortunately sexual victimisiation is still mostly seen as a female issue, with men being the aggressors. The truth is very different and in turn the resources available to victims are mostly aimed at female victims. Whilst many of the effects of sexual victimisation are similar in both sexes, there are differences; some distinct and others more subtle.  A one fix approach for both sexes will NOT work.

The prevalence of childhood sexual abuse is now becoming more recognised and more men are coming forward to disclose their own experiences. The resources to help them, either with the disclosure process or the healing that follows, are few and far between.

Whilst the publicity around the high profile cases does shed more light onto this most heinous of crimes, the reality is, that most abuse is familial, unreported and therefore unrecorded. Change MUST come. There is no shame or blame on the head of the victim, despite what their preconceived or conditioned thoughts, may be.

I'm glad someone advocates for men who are victims. It does NOT happen enough and it should. I hate that sexual abuse and assault (domestic violence) have been generalized around genders. Imagine the force and the voices we'd have if we all just joined together. But there's been a division long in the making.

Anywho, soldier on, dear. Just wanted to say thanks for advocating and using your voice. ♥

Great post. I do want to express the fact that there are places for male survivors to begin the process of understanding their own feelings and issues, at their own pace. 2 great sites to visit and take the first steps to begin your self directed healing and ask adive from other male survivors are: malesurvivor.org and menthriving.org

Thanks Carl. Those resources and many others worldwide are listed and mentioned throughout this blog.

Whilst there are resources out there, far, far more are needed. Maybe 2015 will see a change. All the best.

Thank you uncommon graces and Happy New Year too!

Our young selves never die, they just get buried under the layers of our lives like the growth rings of a tree, only to be once again exposed when we are deeply cut into.

I wrote that as part of my ongoing recovery from my abuse as a child as I find myself constantly taken back to when I was a boy, and my heart breaks for all those still suffering. Thanks for your blog, good luck and be strong. Sorry I made you cry tonight Mum x x x
Liam