'Twas the night before Christmas, and all through the joint.
Not a single decoration, I don't see the point...

No holly, no cards, no lit Christmas tree.
Why should I bother when it's only me?


This time of year just makes me feel blue.
Each year it's less likely my dream will come true.
I have only one wish to make my star shine.

All that I ask, is for someone that's mine!

Another year gone, what more can I do?
I'd do anything for a life lived as two.
I fall down on my knees and desperately pray.
"Please give me the courage to last one more day."

When out on the grounds, an ear piercing scream.
Just like every night when I wake from a dream.....
I run to the window and throw on a coat.

And there I see Santa, face down in my moat.


I'm in awe for a moment, then my jaw hits the ground.
His sleigh is loaded with presents abound.
I drool just thinking of what there could be.
But where will he put her? I don't have a tree.

He starts to get up and wring out his clothes.

Underneath him, his helper, with mud up his nose.
I laugh and yell down, "Don't worry little elf.
It's not deep enough to drown! I've tried it my self!"

Then POOF! They're inside. Like magic I say....
How else could they travel the world in one day?

And with that magic, they're now as clean as can be.
I find it quite hard to believe what I see.

He was fat as could be, I just had to chuckle.
His belt must have had a titanium buckle.
Dressed in red and white fur, from head to toe.

He pulls a tree from his sack. "Now where should this go?"

He pulls out some presents, some big and some small.
But I'm still waiting for the best present of all.
I tell him I've been good, as I pour him some brandy.
Hoping the next one pulled out is my beautiful Sandy.

I've been in love with this girl since the first time I saw her.
And I've told Santa this every year in my letter.
I try to hold on till the end of each year.
But they all end the same as I sob in my beer. 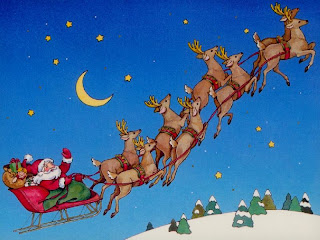 As he pulls the last present, he lets out a snicker.
It's hand soap and towels in a basket of wicker.
He turns to me and gives his shoulders a shrug.
Then stands back up and gives his pants a good tug.

"No Sandy for you." He says with a grin.
"You'll never get her, no matter how good you've been.
You don't have a chance Danny, I've told you before."
He drinks up his brandy and then pours out some more.

I lower my head in disgust and in shame.
Knowing there's only one person to blame.
I head to the window and pity myself.
Look down at my feet and see that damn elf.

"At least you're not me." He says with a frown.
"You don't have to live with this overdressed clown."
Then Santa walks over and gets in his face.
"Don't mess with me punk. I'll put you in your place."

"Nice." Says the elf. "Can we go now, please?
The reindeer outside are starting to freeze."
"Ok." Says Santa. "Our work here is done.
Let's find some more losers and have some more fun."

Then POOF! They were gone. Right out of sight.
Quick as a comet that streaks through the night.
Then I heard him shout out, as I stood there dumbstruck
"Come sit on my knee Sandy, he's moved on, you're out of luck."

I sit and wonder why-y-y oh why you left me, oh 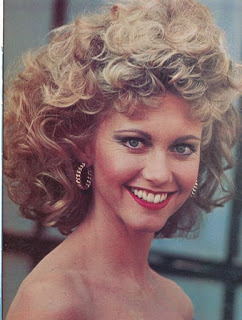