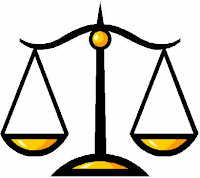 The issue of childhood sexual abuse has hit the headlines once again in 2012. Here in the U.K the nation is watching the story of "Sir" Jimmy Savile, a one time big name in broadcasting and charity work, unfold. The truth, known to many survivors and suspected by many people is finally being unearthed.

Jimmy Savile was a vile and predatory paedophile who thought himself above the reach of the law. He hid behind a mask of charitable, child loving, fun popularity. His celeb status enough to keep him safe during the eighty four years he crawled upon this planet.  Will justice prevail?

"After working as a conscripted coal miner during World War II, Savile began a career playing records in, and later managing, dance halls. His media career started as a disc jockey on Radio Luxembourg in 1958, and on Tyne Tees Television in 1960, developing a reputation for his flamboyant character and eccentricities. He later worked primarily for the BBC, where he presented the first edition of Top of the Pops in 1964 and worked on BBC Radio 1 from 1968. Between 1975 and 1994 he presented Jim'll Fix It, a popular television programme in which he arranged for the wishes of viewers, mainly children, to come true.

Savile claimed that the key to his success on Jim'll Fix It had been that he disliked children, although he later admitted to saying this to deflect scrutiny of his personal life. He did not own a computer, explaining that he did not want anybody to think that he was downloading child pornography.

In October 2012 it was reported that Savile had publicly defended the convicted paedophile pop star Gary Glitter saying that "he just watched a few 'dodgy films' and was only vilified because he was a celebrity... It were for his own gratification. Whether it was right or wrong is up to him as a person. But they didn't do anything wrong."

In 2007 Savile was interviewed under caution by police investigating an allegation of indecent assault in the 1970s at the now-closed Duncroft Approved School for Girls near Staines, Surrey, where he was a regular visitor. The Crown Prosecution Service advised that there was insufficient evidence to take any further action and no charges were brought.

In March 2008, Savile started legal proceedings against The Sun newspaper which had, wrongly he claimed, linked him in several articles to the child abuse scandal at the Jersey children's home Haut de la Garenne.

Savile initially denied visiting Haut de la Garenne, but later admitted that he had done so, following the publication of a photograph showing him at the home surrounded by children. The States of Jersey Police said that in 2008 an allegation of an indecent assault by Savile at the home in the 1970s had been investigated, but there had been insufficient evidence to proceed.

On 30 September 2012, it was reported by UK newspapers that up to ten women claimed that they had been sexually molested or raped by Savile during the 1960s and 1970s. One of the alleged victims was reported to have been aged 14 at the time.

The ITV1 documentary Exposure: The Other Side Of Jimmy Savile was broadcast on 3 October 2012. It was researched and presented by former police detective Mark Williams-Thomas, who had been a police investigator on the successful 2001 Jonathan King child-sex prosecution. It was later claimed that Savile had abused at least one boy as well as numerous girls."

Why do victims of abuse remain silent? Fear? A misplaced sense of guilt?  Shame? All these and much more. One senior police officer stated this week that he didn't understand why victims didn't come forward earlier...

Savile abused these children in a very different world to which we live in today. No Internet,  no national child protection agencies. A time where not being a virgin was a huge shame not only on the girl but also her family.  Boys were not supposed to cry or show their emotions, to do so would be seen as weak and wimpish. I would imagine that in the Saville case the victims also feared being ridiculed and called liars if they pointed the finger of blame and shame where it really belonged. A "star" like Saville was popular and powerful. Who would believe those he had defiled? How many still firmly believe him to be a wonderful man who helped so many? Too many for my liking.... I was not one of his victims, but my heart goes out to those that were. Please remember you do NOT stand alone.

Many victims of childhood sexual abuse "block out" the memories of what happened to them. I know I did.  I was brought up in the environment where children were seen but certainly not heard. Children had no rights, no advocates, no helplines. Adults were to be respected no matter what and their word was "law".

Society still has huge problems understanding and accepting the truth about childhood sexual abuse. Pedophiles come from all walks of life, from all countries, all religious and ethnic groups. Rich, poor, superstar or judge, father, mother, brother or sister...  Most sexual abuse is carried out by someone known to, or trusted by the victim and their families. This includes youth leaders, religious leaders, politicians, law enforcement officers etc etc etc.

The Sandusky case in the U.S has also had international coverage. A "respected" football coach, a friend to the community. A paedophile who was charged with fifty two cases of sexually molesting boys in his care..

The victims voice is silenced by fear, the abuse endured being an abuse of power and trust. Victims fear for their lives, their reputations, their sanity. It is a sad world where so few cases actually reach the legal process. The perpetrators seemingly more protected than those they molested.

Too often those cases that reach court and a guilty sentence are treated with leniency.. Jail sentences no way reflecting the damage done and the lives destroyed. Once a paedophile, always a paedophile... Unless real and harsh sentences are given out there will be no deterrent and no justice.

Much more work needs to be done to change societies attitudes to sexual abuse. Why is it only the high profile cases that get people talking and debating the issue? Saville may have molested over a hundred children, but what about those hundreds of thousands, millions worldwide that suffered sexual molestation and still live in fear? Sandusky, Saville, Rochdale.. These are the tip of a very large iceberg.  Figures researched suggest 1 in 3 girls and 1 in 6 boys are sexually molested in some way.

The U.K government has in the past brought out hard hitting television and newspaper "adverts" warning us about AIDS, drink driving, drug abuse etc... Why are they not bringing out adverts that educate people, that scare the paedophiles and encourage the victims to come forward? Children need to know what is right and wrong touching for example.

Chemical castration may or may not work... I believe in physical castration without anaesthesia and facial branding for the perpetrators. Let's not forget that women sexually abuse children too..  Until real deterrents are used the children will continue to be at risk and suffer in silence. Today's survivors need to be encouraged to speak out, without fear, without shame and with the full and unbending support of society.

I am 45 years old. I was sexually molested for twelve years from the age of 18 months by family and family friends... Though I have lived with the knowledge of the abuse all my life, the depth and breadth of the depravity I endured only came back to me during the last two years. It has blighted my entire life.  I am now back in therapy. I know that there is life after abuse, but the longer victims remain silent the longer it takes to heal. I no longer feel the shame, the self blame that I once did. I still feel fear, but it is getting better. I waited far too long to speak out. I will heal, I AM healing. I have found my voice. I only hope that those suffering in silence still can find their voices too.

Savile should, even in death, be made an example of. His title "SIR" should be stripped and his grave (his family have removed the elaborate gravestone) marked by a boulder with a huge P for paedophile deeply engraved into it. If he were still alive that letter P should have been engraved into his forehead...

Thanks for telling me who Jimmie Savile is and what he did to harm innocent children. I have been hearing his name on Twitter but since I am not from England, I didn't know exactly what he was being charged with. It sounds like Savile is England's Jerry Sandusky. Too bad Savile is not alive to face his victims.