Male Survivors - Myths and their consequences 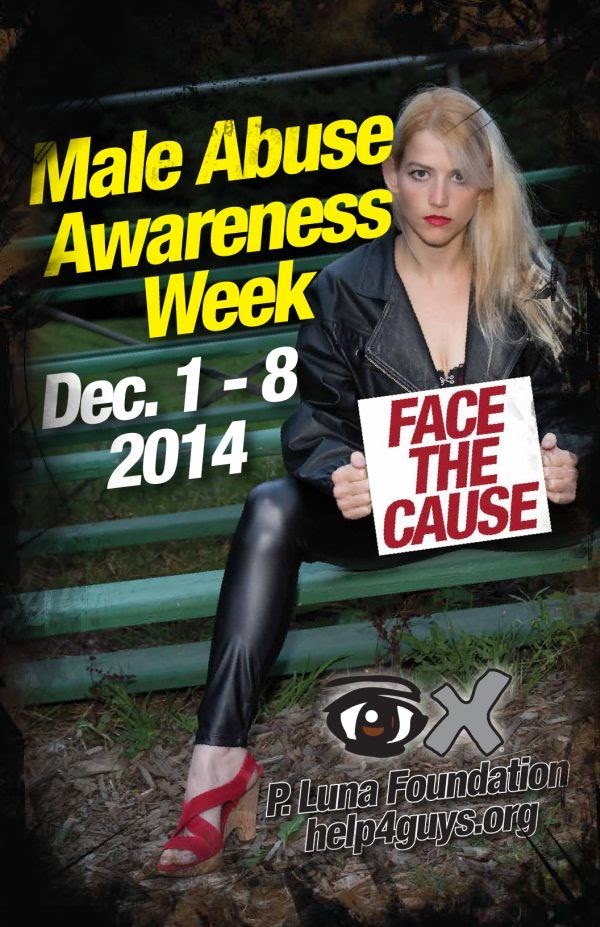 There are various stereotypes and myths that surround the adult male survivors' ability to face the sexual abuse or rape. These include:-


•Males don't feel emotions as readily as women so are less likely to be hurt by the abuse.
•Males are supposed to be big and strong therefore able to deal with and fight off abuse.
•Males cannot be raped by women.
•Males enjoy all sex, so they must have enjoyed the abuse or rape.
•Males should not cry or express their pain.
•Male victims are more likely to become abusers or rapists.

These common misconceptions and myths frequently lead to the following:-

•Loss of self-asteem and self worth.
•Doubts over their masculinity
•Self-blame and guilt
•Feelings of shame, disgust, anger, loss,
•Feelings of powerlessness, apprehension, withdrawal, and embarrassment
•Fears that they won't be able to protect and support their families
•Sexual difficulties and insecurities
•Self harming (drinking, drug use, aggression, attempted suicide)
•Intimacy issues
•Questioning of sexual identity
•Fear of losing friends or family
•Fear that they will be judged, not helped.

This myth, instilled through masculine gender socialization and sometimes referred to as the "macho image," declares that males, even young boys, are not supposed to be victims or even vulnerable. We learn very early that males should be able to protect themselves. In truth, boys are children - weaker and more vulnerable than their perpetrators - who cannot really fight back. Why? The perpetrator has greater size, strength, and knowledge. This power is exercised from a position of authority, using resources such as money or other bribes, or outright threats - whatever advantage can be taken to use a child for sexual purposes.

Myth #2 - Most sexual abuse of boys is perpetrated by homosexual males.

Myth #3 - If a boy experiences sexual arousal or orgasm from abuse, this means he was a willing participant or enjoyed it

In reality, males can respond physically to stimulation (get an erection) even in traumatic or painful sexual situations. Therapists who work with sexual offenders know that one way a perpetrator can maintain secrecy is to label the child's sexual response as an indication of his willingness to participate. "You liked it, you wanted it," they'll say. Many survivors feel guilt and shame because they experienced physical arousal while being abused. Physical (and visual or auditory) stimulation is likely to happen in a sexual situation. It does not mean that the child wanted the experience or understood what it meant at the time.

Myth #4 - Boys are less traumatized by the abuse experience than girls.

While some studies have found males to be less negatively affected, more studies show that long term effects are quite damaging for either sex. Males may be more damaged by society's refusal or reluctance to accept their victimization, and by their resultant belief that they must "tough it out" in silence.

Myth #5 - Boys abused by males are or will become homosexual.

While there are different theories about how the sexual orientation develops, experts in the human sexuality field do not believe that premature sexual experiences play a significant role in late adolescent or adult sexual orientation. It is unlikely that someone can make another person a homosexual or heterosexual. Sexual orientation is a complex issue and there is no single answer or theory that explains why someone identifies himself as homosexual, heterosexual or bi-sexual. Whether perpetrated by older males or females, boys' or girls' premature sexual experiences are damaging in many ways, including confusion about one's sexual identity and orientation.Many boys who have been abused by males erroneously believe that something about them sexually attracts males, and that this may mean they are homosexual or effeminate. Again, not true. Pedophiles who are attracted to boys will admit that the lack of body hair and adult sexual features turns them on. The pedophile's inability to develop and maintain a healthy adult sexual relationship is the problem - not the physical features of a sexually immature boy.

Myth #6 - The "Vampire Syndrome" that is, boys who are sexually abused, like the victims of Count Dracula, go on to "bite" or sexually abuse others.

This myth is especially dangerous because it can create a terrible stigma for the child, that he is destined to become an offender. Boys might be treated as potential perpetrators rather than victims who need help. While it is true that most perpetrators have histories of sexual abuse, it is NOT true that most victims go on to become perpetrators. Research by Jane Gilgun, Judith Becker and John Hunter found a primary difference between perpetrators who were sexually abused and sexually abused males who never perpetrated: non-perpetrators told about the abuse, and were believed and supported by significant people in their lives. Again, the majority of victims do not go on to become adolescent or adult perpetrators; and those who do perpetrate in adolescence usually don't perpetrate as adults if they get help when they are young.

Myth #7 - If the perpetrator is female, the boy or adolescent should consider himself fortunate to have been initiated into heterosexual activity.

In reality, premature or coerced sex, whether by a mother, aunt, older sister, baby-sitter or other female in a position of power over a boy, causes confusion at best, and rage,depression or other problems in more negative circumstances. To be used as a sexual object by a more powerful person, male or female, is always abusive and often damaging supposed to be the strong ones, it often means that they do not accept, cover up or "forget" what happened to them. If they do recall they are more likely NOT to seek help and therapy. Men are supposed to be able to cope with anything.
Posted by Beyond Survivor at 12/04/2014 08:07:00 am