Ignorance is NOT Bliss #childabuse 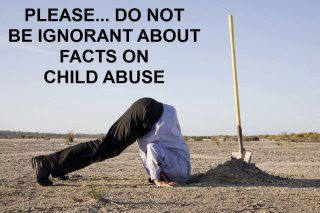 I am tired. It's a crazy thing to say for someone who has not had a job for over six months maybe. Every day I get up and I feel as I haven't slept. Though there is much support from my online friends I am feeling increasingly alone. I try to speak for those who will not or cannot do so. I try to share what happened to me in order to educate those that do not understand. The wonderful people who have provided guest posts for my blog are doing the same as are so many other advocates out there. feel alone in a society that generally appears to not give a damn.

On the whole I had been more positive about life these days, the depression that has lurked around most corners seemed to have remained at bay. For those who haven't realised, I am not online 24/7... My twitter account is set up to send out scheduled tweets as I want get my message out to all time zones.

I try my utmost to be upbeat and strong for those that need support. I am contacted daily by new "friends" that just want to say "Hi, me too!" or "Keep up the campaign". These connections and interactions strengthen my resolve. I have a backlog of mail to respond to. I will get to it I promise! I am not ignoring you.

Occasionally I respond to newspaper or online news articles regarding child abuse. I did so yesterday and almost regret it. There is such negativity out there. Much of this might be based in ignorance but so many simply do not want to even try and understand or listen. I hate being silent now. Having been so for so many years it really goes against what I now beleive in. "Silent No More!"

It seems that some people are more interested in debating the legitimacy of published statistics rather than reacting to the actual information contained.

Child sexual abuse/molestation/rape occurs in every country, in every culture, in every race and at all levels of society and community. Childhood sexual abuse comes in many forms, as I have reported previously.

The attitude "not in my backyard" really p***es me off. One comment I read yesterday went along the lines of "It never happened to anybody in my school. The only pedos we knew of were Gays". Another "Are we expected to believe that pedophiles hide behind every other bush and street corner?" and "If I called 40 of my friends I know that none of them would say that they had been sexually abused".

These blindly ignorant comments are so damaging. There is already a cloak of fear that enshrouds most victims. Who would want to disclose to a society that is so ignorant and stupid?

In my opinion if 1 in 50,000 was abused the figure is still shocking. NO child should have to endure abuse of ANY sort.

Making the statistics more important than the facts is grossly insulting to those of us that were abused and those that are currently being abused. In the Rochdale case here in the UK it seems that more is being made of the race of the abusers than the fact the abuse was reported and IGNORED by police.

I feel like David staring up at a mighty Goliath. I'm rubbish with a slingshot before anyone suggests that...

I will continue fighting, advocating and educating. I have to. I could not live with myself otherwise.
Posted by Beyond Survivor at 5/15/2012 03:47:00 pm

Keep at it - what you are doing by speaking out is so helpful to others out there going through the same thing! I know it's frustrating when you come across such insensitive, ignorant people who are completely void of compassion for others. Your voice is important in drowning out these individuals, and it provides a voice for all of the other survivors out there who have yet to find their voice. You're doing a great thing.

I personally think many people who were abused don't talk about it. Period. If asked, I would say no. It's painful, why would I expose that raw, wounded part of me kwim? Also, some simply don't remember it. I was probably 34 years old when the ugly awful memories came flooding over me. Things I wish I didn't remember. So to say abuse didn't happen in my school is ignorant, and to say the gays were the pedophiles is also ignorant. I am sure there are pedophiles of all race, gender, and yes, sexual orientation. keep up the good work, you are causing awareness

I know how you feel about people in the community not seeming to give a damn. I have a blog that supports signing petitions in the fight against child abuse, animal torture and cruelty, world hunger etc. I try so hard to get the attention of people I know by sharing with them and asking that they please sign a petition or support my blog or whatever. Very rarely do they even respond to emails, Facebook msgs or posts. Anyone who is on board with my and the things I'm fighting for are just people I've met online. Maybe three people I know have bothered to show an interest.
It has occurred to me that they are all just afraid. Afraid of facing the truth about how bad it is because that would bring with it the responsibility to take action.
Pure and simple. Fear and lack of motivation. All though I blog about a variety of causes, I can relate because I am a victim of child abuse as well. I would also like to say that growing up, most of my friends and family were victims of sexual abuse...not all rape, but still in some form or another, so it is extremely common and I as a mother have talked to my kids their whole lives about this subject and tried to educate them on the importance to speak out. I did this out of the fear and knowledge of knowing how common it is and even though I have closure and feel I'm past it, I still dont trust anyone. I was taught that as a child. It doesnt matter and in most cases, the abuser is very close to home.
I have added this post to my blog, Speak with a loud voice, for those in Silent suffering and I am now a follower.
I applaud you for your courage! You are a saint!!!

YOu are not alone! Many of us are fighting for sexual abuse prevention education. Sometimes it just feels like you are the only one because of the community's attitude towards this subject. I call it the head-in-the-sand syndrome! THis kind of syndrome is actually putting kids at risk. Time for parents to put their own fears aside so their kids do not continue to be in danger. We now have Erin Merryn as a Glamour Women of the Year 2012. This is a massive step forward that such a mainstream popular magazine would bestow this honour. We are all getting there! Jayneen Sanders www.somesecrets.info

Keep doing what you are doing, it takes courage and strength to have a voice that our predators tried to silence. I am trying to gain mine, you are an inspiration to me and others.

You do a fantastic job of advocating for survivors. You are one of the most well-spoken survivors that I have read & I've read a TON trying to educate myself on the subject of CSA & CSRA.

Don't listen to those who would try to discourage you. Don't even give them an ear. Your work is good & valuable. Please...be encouraged. xx

Thank U. Dayum those who choose not to listen. To those who claim to be great mums and dads but who choose to be ignorant of the dangers of CSA.