No Support For Welsh Male Survivors Of Childhood Sexual Molestation 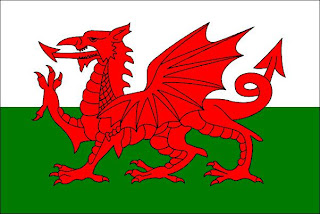 Is this important you may ask? I believe it is.

It is common knowledge that men generally find it harder to speak out and disclose childhood sexual abuse/molestation. Society expects men to be strong, silent and to cope with all that life throws at them.  Men are not expected to show emotions such as fear, anxiety,  or any form of weakness.  Males are believed to always want sex, to be the one in control and to be the instigator of sexual activity.  Some common myths surrounding male survivors of sexual abuse are :-

That they must have invited the abuse and must therefore be homosexual.
Males that have been abused turn out to be abusers themselves.
Males cannot be victims if they were aroused during the abuse.
Males molested by females are lucky to have had the attention.

All the myths above are total rubbish!

Males often cope with childhood abuse in different ways to females and therefore require specialised help during the healing process.  There is no choice in Wales. Whilst the support offered by the various agencies in Wales may well be offered by specially trained therapists, the support is not in an exclusively male only environment.

I was referred to one agency by my G.P over eighteen months ago. The support there is offered to both sexes. I received a letter confirming that I was on their waiting list about six weeks after the referral. I'm still waiting..... I chose to seek help myself, further afield. The nearest male only, run by non-offending male survivors for non-offending males was over three hours drive away in Swindon. AMSOSA (Adult Male Survivors Of Sexual Abuse) has unfortunately now closed due to lack of funding.

During the first six months of waiting for my GPs referral to bear fruit I learnt some disturbing information about the agency I had been referred to. Apparently two men had complained about sexual advances from male staff members on different occasions. Though I believe these staff members no longer work there, it does nothing to instil confidence.

Another agency I contacted stated that they would only accept me if they thought my situation merited it.

So where can other men like me turn? I did write to the Welsh Assembly a year ago but was basically told I'd need to contact my nearest mixed support agency. Which did they recommend? Guess...

I am proud to be Welsh, and I love my country. I support devolution and was pleased when healthcare became a devolved issue. Unfortunately there is no representative at the Assembly to speak out for or support adult survivors of childhood sexual abuse. We have a children's commissioner who is doing a wonderful job, especially at the moment with child abuse being so much in the news. Who will speak out for the adults?

Something has to be done to address this problem otherwise most men will continue suffering in silence, hiding their pain and living damaged lives. The emotional and physical side effects of sexual abuse in adults must cost millions to the N.H.S every year. Then consider the emotional costs not only to the survivors but also to their families and loved ones.  It is believed that depression and suicide rates in male survivors of sexual abuse are considerably higher than in other groups. What "price" does the government expect survivors of sexual abuse to pay? How bad to things have to become before those that run our country sit up and pay attention?

Maybe one day a real servie will open and be there for many guys in Wales, I know I needed one, when I lived there, but had to leave and set up AMSOSA here in Swindon.

AMSOSA is closed, group wise and helpline wise, for the time being, but never say never mate and the site is still live and will remain so