How Your Brain and Memory Works While Experiencing Trauma

Human brains are amazing. Your brain is a primary tool in the survival of humans as a species, and as individuals who undergo traumatic events. If you are a person who suffers from Post Traumatic Stress Disorder, it can be helpful to understand how your brain and memory worked during the time of your critical incident(s). 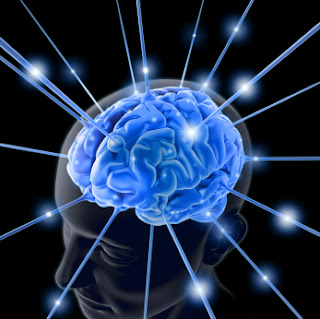 As you probably realize, there are different parts of your brain that do different things. It can get pretty complicated to give a scientific explanation, but it may suffice for you to imagine that there are two brains, one that you are aware of and use everyday to do your thinking, problem solving, and daily work and chores (let’s call that the‘higher brain’), and another one, that kind of works on auto-pilot. This second brain could be called a ‘primitive brain’, and it takes care of things like your heartbeat, your breathing, and your balance that allows you to walk. But this primitive brain has other important functions: it serves to keep you safe in the world.

The primitive part of your brain is the part that first evolved in human beings. It’s the part of your brain that keeps you alert for danger, allows you to make quick responses to danger, and tells you if it is a better idea to put up a fight, or to run away. In essence, this brain keeps people alive. Without it, we would not have survived as a species, and anyone who has been traumatized would not have either survived, or been able to keep their sanity afterwards.

It is important to understand that when the primitive part of your brain is activated, it activates instantly, and sometimes this is a shock to your system (think of suddenly putting your car in reverse when you are moving forward in drive). When your primitive brain engages to keep you safe, this is a normal and natural thing for it to do. In psychological terms, this is called ‘adaptation’: you adapt to the perceived threat to your life and personal integrity. Often, this reaction of your brain and body is very intense.

For people reading who have not been traumatized, the feeling in your body might be compared to the feeling of being on a rollercoaster, but far more intense. For most of us, we are able to enjoy the rush of brain and body chemicals that happens on the roller coaster: our two brains are both activated at the same time. Our primitive brain is telling us ‘DANGER!’, but our higher brain is reasoning that we are really quite safe on the roller coaster. If you have PTSD, you know that your primitive brain-body reaction often over-rides your sense of being safe: things that remind you of the trauma can trigger your brain and body into reacting just as it did when you were under threat. The problem is, of course, this happens when you really don’t need your body to do this. Learning how to over-ride your primitive brain with your reasoning brain to block the stress episode is a key in recovery.

Once activated, the primitive brain rapidly assesses the situation and looks for a defensive measure, and this usually falls into either fight or flight behaviors. The primitive brain quickly assesses which is the more viable path to survival. Many people question why many victims of interpersonal trauma does not fight or run away from the abuse, or do something. In fact, even when a victim gives in to the abuse, they are usually engaging in flight by dissociating. Dissociation is the way the primitive brain handles the tremendous fear and discomfort of the trauma when it perceives it can neither fight nor flight from the event. Once again, it is important to understand that this is a normal, adaptive response to the situation at hand.

When the primitive brain is highly activated, all of the brain energy is directed to the primitive brain; the other brain fades into the background to let the primitive brain do its very important job of saving the whole person. It’s important to understand that most of our memory functions are mostly in our higher brain. When the higher brain steps aside to let the primitive brain to do it’s job, memory recording is not the priority. If you have PTSD, you know that after your critical incident, you may have felt ‘dream like’ and could not remember all of the details of what just happened to you. You may have even begun to believe that it did not really happen (especially if you were a child and an adult told you that you were exaggerating, lying, or imagined the event). Over time, bits and pieces of the memory may come back, often at startling times that seem to have nothing to do with the trauma.
You may become very startled when you have a sudden, unpredictable stress episode, especially when it seemed you were beginning to do pretty well. This may be due to the fact those memory bits come back to remind you of the trauma. The memory may be triggered even when you not consciously did not know that you had a memory. Something in the environment around you or a situation interacts with the memory bit, acts as a cue, and your brain-body chemistry triggers your primitive brain into reacting to a threat that is not really there. The trick is, of course, is to become aware of your own triggers.

The good news is that when you experienced your trauma(s), your brain did what it was supposed to do; it then learned, very strongly and well, what to do when a threat is perceived. The problem is, of course, that you do not always need that response; there are many false alarms that mess up your daily life. But if your brain learned how to respond, it can learn how not to over-respond to things that are not genuine threats to you.