My Story of incest via @hawkfeathergal #incest #childabuse 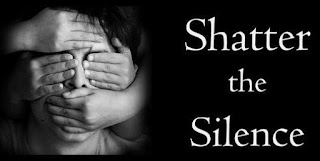 When I was seven years old, my father beckoned me into his bedroom, took his gun out of its case, loaded it, and put it to my temple. He was punishing me for something. I still remember loosening my eyelids after I squeezed them as tightly shut as possible. When I walked out of his bedroom, I remember knowing I was lucky to be alive, but feeling absolutely no joy connected to it. I knew better than to tell my mother-she couldn’t handle it.


When I was 13, once again I was alone in my father’s bedroom. And that evening he sexually assaulted me. I had never seen him so drunk before. I wanted to convince myself that it was some sort of mistake, but not even my considerable powers of self-deception were that strong. I went and took a shower immediately afterwards, then went right to bed. It was still an hour or two before my bed time.  I knew I couldn’t tell my mother. She was a much weaker person than she was when I was seven. It was May, my favorite month. Later that week, I remember lying on the living room floor, doing my homework, and plotting how to kill myself. It was the beauty of the month, and the thought of not being able to see another one ever that kept me from doing it.


That fall an “uncle” of mine started coming to visit. My father would make me carry his luggage into the guest bedroom. At first, his hand would just linger on my breasts, my butt, my crotch. I could almost pretend it was an accident. But with each visit, his hands did more than just linger. This continued for years-several times a year, my uncle would load up his family and drive about six hours so we could bond as a family and so that he could molest me.


One night when he was over, everyone herded into the den after dinner to watch a movie. There was no place for me to sit, except the floor, and my uncle offered me his lap. Then he started talking about how much he wanted to have intercourse with me. That was the one thing we had never done, and the thing that scared me the most.  But as scared as I was, I was hopeful something would happen- he was talking about this in front of my parent, his wife, his kids and my little sister. Someone was bound to do something, right? Wrong. The next day, my mother asked me what “we had been doing together”, and I told her. She told me never to tell anyone, and she’d make it stop. For years, I kept up my end of that bargain, but she didn’t.


When I was 17, I graduated from high school and started college. I learned so much there- how to sleep in a dark room in pajamas (as opposed to a lighted room in the jeans, shirt, shoes and bra that I had slept in), I learned that it was common for men and women to be in the same room together without anyone raping anyone else, and I learned that most families were not like mine. Unfortunately, none of my professors tested me on my new-found knowledge and I almost flunked out. But I didn’t. Throughout my studies, I was learning that “child sex abuse” was the only way to describe what I went through. I learned that it was not something that most families or people condoned. Another lesson that was forming in my mind in small, amorphous ways was that I was I was capable of a future much better than my past.


If you asked me about my goals in May of 1999, right before I graduated from college, my first 99 would have been to find a job earning enough money so I could stay in the apartment I was renting, and  never go back home. My only other goal was to do something to help prevent child abuse, as I had done a major paper on its preventable nature. It hurt me to learn how much we know about preventing child abuse and what little we do with that knowledge. It made me feel, once again, that I was let down by people with more power than myself, who could have prevented my suffering . Those first 99 goals were hard to achieve- there was a problem with me getting my diploma, and I had to either re-take a class or plea my case to a board of professors. The class I needed to re-take wouldn’t be offered until the fall, wouldn’t finish until December, and even though the boyfriend I was living with and I were working, we would run out of money around October. In August I was issued my diploma, and I sent my resume to every temp agency in a three-county radius. In October I paid the rent for the last month, barring a miracle. Sometimes miracles can start with a phone call. I was offered a job working twice the hours and making almost twice the wage as I had been. It only lasted six weeks, but it bought me time until another one came along, at the company I still work for.


I was 22, and I had “made it”- I had achieved all that had really mattered to me in the last five years. Now what? I remembered how badly I wanted to do something to help prevent child abuse, so I learned about Prevent Child Abuse NY. I started volunteering for them, lobbying legislators for child-friendly budgets and writing letters to the editor about children’s issues. To me they were perfect tasks. It was very important for me to never, ever talk with another child abuse survivor. I didn’t want anyone to know what I had been through, and I thought another survivor would either see through me or would trigger something inside me I couldn’t control. In college I learned how good life could be for people who hadn’t been abused as children, and if I kept my disguise, I could sop up some of those good things too. That was my life- I worked, I got married, I tried to pretend that the trappings of middle class life mattered to me. Once in a while things about my past would rear their head, though, such as my sister catching my father looking at child porn on his computer, and I’d be forced to do something for which I had no support or guidance. And then I’d be swallowed by emotional blackness for weeks. I found myself swallowed by emotional blackness with some regularity, actually, but it’s hard to ask for help when you feel you can’t say what it is you need help with.


Eventually, through Prevent Child Abuse NY, I was tasked with helping to organize a local event for child abuse survivors. The event was organized by an incest survivor. She became the first person I ever talked about the abuse with, in real time, face-to-face. And even though I didn’t tell my story at the event, seeing all sorts of people, ranging from doctors to homeless folks, tell all sorts of stories about abuse made me realize there was nothing about my past worthy of secrecy. I became comfortable telling my story to other survivors, and listening to theirs. And in the process I learned a lot about how to be a friend. And even though it didn’t happen all at once, in any big, dramatic way, I achieved the goal of every trauma survivor- to become comfortable with their past and present, their body, mind and soul.


My life isn’t exactly like that of your typical American’s- phrases like “SSD”, “statute of limitations”, “psychiatrist” and “suicide” come up in my conversations with friends more often than they do when most people. I spend more time writing and volunteering than most. I never watch TV. But I’m happy with my life. I’m proud of the person I am, I know I’m still growing and changing, and I’m confident that I’ll like the person I become in five years.

Congratulations on a successful life of rising above what your family did to you.

Please read: lacreusehostsevilcult.blogspot.com for information about the predatory paedophile cult settled in Benevent l'Abbaye, central France. Chris and Clare Godson have a history of criminality spanning three continents. Under the guise of evangelical Christianity and charitable work they operated commercially successful child brothels in Thailand and Cambodia. They have been net producers of child pornography dating from their time in Thailand and Cambodia. They fled Ireland in 2004 when they came under investigation for running a chid brothel in Wicklow. My email: arielacihen99@gmail.com.