I started this blog back in 2010 before the child abuse memory tsunami hit me. My world was good. I had achieved my ultimate goal and was a success (or what I had spent my adult life believing to be what a success was). I had worked hard and had pushed my way up the corporate ladder. I had bought out my employer in a million pound plus deal and was worth several million more on paper. Life was good, yes?

As I have mentioned in the past, I was taunted whilst growing up that I would amount to nothing. That I would never be successful, I would never know happiness. I was told that I was a freak and that I would end up either dead on the streets or in a "lunatic asylum". Why? Because I was different.

I spent almost two decades working myself to a frazzle, going years on end without taking holidays and even working over Christmas and New Year. I did it because I had to prove them wrong. I had lived on the streets for several months in my late teens, I had all but lost my mind, and I had been a drunken and selfish layabout. I had tried hard to be a studious student at college and university. When my second parent fell foul to cancer I too fell foul. I gave up. I threw in the towel. I decided to no longer be what I was expected to be. I would be me.

Why was I different you may ask? The abusers were torn. Some saw me as a Christ like figure and others as an Anti Christ. A light shone out of me. I stood out in a crowd. No matter what they did, I mostly looked inwards and smiled to myself. I forgave them as and when they molested me. I tolerated their pathetic and mindless perversions. They were base, stupid and twisted by their inherent perversions whilst I always seemed to know deep inside that I would endure. I would live. I would survive and one day I would expose not only them but all that they stood for. I knew that one day I would thrive.

Like all "Super Heroes" I had a weakness. Love. This blogs url is "whatislove". What Is Love?

That was the question I asked myself back six years ago.

Love in itself is not a weakness. It is a force almost as old as time. Love is the glue that holds humanity together. Well.. That is in theory anyway. Love can become twisted, distorted, can be controlling and it can be used as a tool and a means to an end. I am not that sort of love. Yes, you read that correctly. I just defined myself as LOVE.

"May the force be with you"... The force in question is one of good, one of love, one of tolerance, one of peace and harmony.

I consider myself, and have often been told by others, that I am strongly empathic. I seem to be able to read feelings and emotions as if they were written on a poster above a persons head. Not always, I am not a supreme being after all. I am, but me.

Six years ago I thought I had achieved over and above what my earlier life detractors had said I could or would not. In most part I had. Where I had let myself down was that I had not found that ultimate goal. Personal joy.

Much water has passed under the bridge since then. I had a full on nervous breakdown in 2011 which is when the past came back to literally haunt me. I survived both the past and also the re-enactment. I am indeed still standing.

I have opened up my life, ripped apart my heart and exposed my inner self to all. Why do such an extreme  and foolish thing?

I wanted and needed to be heard. I had lived too long in silence, pretending that I was able and strong.

I needed to fall to little pieces so that given time I could rebuild and reinforce what and who I was.

Love can be a roller coaster ride. Indeed I think it needs to be. The ups, the downs, the gasps and the shrieks if shared openly, honestly and with integrity are all part of the wonderful, multifaceted and amazing thing that love should be. To fully appreciate the ride one must give all and trust all to the other. No subject should be taboo. No games should be played.

Many will mock my ideals and I have no problem with that.

So many people have written about love over the centuries. So many opinions and yes, this is just my opinion. Well.. actually this is more than just an opinion, this is in fact a statement of personal requirement. Love takes many forms. I should know. I need love. I need understanding and harmony. Many have tried to extinguish my spark. From this day forth I intend to set the world on fire.

I often consider myself in phoenix terms. A phoenix can rise and fall and rise again many times. So have I.

I have seen the damage that "love" can do when not applied in the appropriate manner. I have suffered at the hands of those who claimed to love me and also, a step or two away, by the love others had shown those I love. To be a victim of both first and second hand damaged love is most unfortunate indeed. Yet I still believe in it. I still believe that love can conquer all.

I find myself almost laughing at my own words. I have been called obsessive, delusional, nonsensical and weak because of what I believe. So be it.

Love is good, love is kind, love does no harm and love can help us grow and prosper as individuals and better still as couples.

Let love in, do not mock it. Do not shun it. Return it with the intensity that is received. Do not try and stifle or control it.

Love is pure and positive energy. Love is life. Love is a force of nature. Love is... 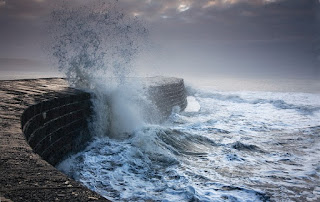 Email ThisBlogThis!Share to TwitterShare to FacebookShare to Pinterest
Labels: Love

You opened the box and broke the eggs out Have mixed them all up and left it out for all see.

Now use the mix as your knowledge and you can make whatever you want.

But don't do what I did and that was to show all and changed nothing the first time.

This time l am making a difference, first for ME which is directly benefiting a small few (l hope)

As for world changes that l want, they will slot in as l get stronger and not before

When You we and All are ready and not before