I have known James for over two years. He has a distinctive style, a mysterious demeanor. He is a survivor of childhood sexual abuse and now uses his writing to both bring awareness and exorcise his personal demons. I'm proud to call him a friend.  James writes in the genre of gay adult fiction.

He has directed for the stage and acted on stage and television.

James regrets that has had too many careers, including that of drama teacher, but most he would rather forget.
Although James loves sleeping and can be incredibly lazy, when it comes to writing, he finds it hard to stop, and often writes till he drops. Writing has always been his greatest joy.

James has written in many genres, but likes it most when he can sneak in past your rational mind and address your groin directly.

James wishes his surname was Brown, because he would rather be bad than literary. Help this poor, posh boy achieve his dream - write to someone, complain, he should be stopped.


This blog is about how a recent story, Magic By Button, attempted to deal with the consequences of childhood sexual abuse. I will attempt to describe how writing it felt like part of a healing process. I will also deal with the issue of getting past cynicism and self imposed barriers to communicate something of my situation. This blog will probably make more sense to those who have read the story as I am reluctant to give spoilers, but I will try not to be too cryptic. 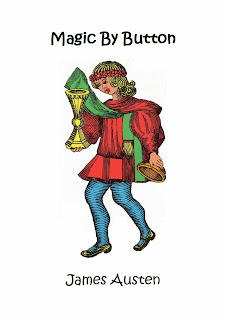 It took me many years to acknowledge that I was a victim of sexual abuse. The abuse started when I was 10. Denial, although certainly a part of it, is too simplistic an explanation. There were other factors. I had confused feelings and was at some level in love with my abuser, teacher at my school of the time. I blamed myself for what happened, as the day it begun I had moved heaven and earth to spend the day with him. I felt guilty and dirty so denial was the easiest option. But also I was soon to be involved in a long term sexual relationship with the other victim, who had been my best friend since the age of seven. We had never discussed the abuse, though we joked about the teachers penis. If there was a surprise sound we joked that it was his penis, like a fully autonomous  snake attempting re-entry. Puberty hit my friend sooner than me and he soon started pressuring me in to sex. This was the end of our friendship. We no longer discussed television, movies or our favorite music, it was just cold and dirty sex. At first, I was reluctant, but soon got to enjoy it (as my own puberty commenced, I guess). We were both heavily in denial about what we were up to, pretending that we would rather be doing it with girls. There was no affection or warmth between us. We sort of hated each other. Thus the scene was set for a deep motivation to forget all that bad stuff and lose the self disgust.

I have mentioned in other blogs that as a young adult I went on to make other bad choices. I got into drugs and seemed to only pick abusers as partners. But I fear I may have given a distorted emphasis, as if my life was nothing but a series of disasters. For the most part I thoroughly enjoyed my outsider status. I was glad to be free of ridiculous prejudices and limitations. Although it was a wayward path, it has also been a mind blowing education. I've proved to myself time and again that I can survive anything. Indeed it is still true, if a crisis hits, I'm your man. Escapology is in my biology.

I also indulged what I considered a weakness for the mystical. While capable of entirely rational thinking, I yearned for a magical alternative reality where wrongs could be put to right and sickness healed. I read about Shamanism, alchemy, tantra and even practiced a form of hermetic Kabbala. I had a love of the Arthurian romances, indeed once on an LSD trip believing I had merged with Merlin. But these were guilty pleasures, an escape into the crazy and irrational. And I mostly saw the gurus and cult leaders who perpetuated such belief systems as charlatans.

My prickly state of denial also gave me more obvious prejudices. When I first encountered other victims, I tended to see them as drama queens milking it for sympathy. When the batch of damaged lives books like David Peltzer's A Child called It hit the shelves, I was very cynical believing they were exploiting the past for money and fame.

For me though, everything changed when one day I, as if by random, I chose to acknowle my own status as a victim. I then wanted to write my way out of it, but not fall into quite the same category as David Peltzer and his ilk. I did not want pity, just acceptance.  Television shows like Shameless showed me that truly harrowing themes could be tackled as feel good comedy.
So this was the background for writing both Raw Food, but more particularly its sequel Magic By Button. Although there are large elements of autobiography in both, Button's abuse is more based on a friends in a child's home in Wales than my own. It seemed that my own feelings are too complicated and contradictory to make sense of in a work of fiction. Indeed to attempt to get at my inner truth, I've split myself into two facets, Joe and Button. Joe being my outer persona, Button being my almost lost inner child. They are both parts of me, they think my thoughts, but were, until the writing of the story, disassociated and hostile towards each other.

The story re-aligns them into a harmonious healthy relationship.

Although my writing has been different to others of the genre, I still have followed the same pattern as others who have gone through and survived trauma.

Some Vietnam Vets like Merdwyn, the original prototype of the magician Merlin found that after the horrors of war they could not return to normal civie life and instead became wild men of the woods. Crazy nature mystics living like Hermits.

Even David Peltzer, after describing the events that broke him, went on to teach personal improvement.

It seems to be a universal human pattern, from the Fisher King through to the native American Shamans such as  Black Elk, that the damaged psyche estranged from the rest of its tribe goes on to become a wounded healer.

Maybe it is a necessary escape to phantasy to compensate for the tragic sense of loss or maybe genuine forces of healing are out of necessity discovered. The affliction never goes away, but somehow the survivor learns to live with it and becomes a force for good in the world.
These themes inform Magic By Buttons irreverent approach to the sacred. But nevertheless the story is about the redemption of the inner child, so  it is of necessity a fools quest. The sacred is juggled with the profane, the joy with sorrow. Although a transformation is witnessed, true resolution is deferred.

I am wary that to the casual reader my story appears to repeat the lie that love is a universal panacea and cure all.  It was important to me that Button escaped the pattern of abuse and could achieve an adult relationship. It also, from a mythological point of view, proved irresistible. However, as the next episode will show, trust does not rest easy with survivors.

My own healing is a gradual process. I have been diffusing emotional triggers for years, but still the morning papers with stories of Cyril Smith or Jimmy Saville can upset my equilibrium. But I am, nevertheless, emotionally strong. My current work is in re-aligning and redefining my defences so they are more appropriate to real life here and now and not automatic reactions to the distant past. But also I hope I can share something else, the inner, subjective reality. The only truth we can know. 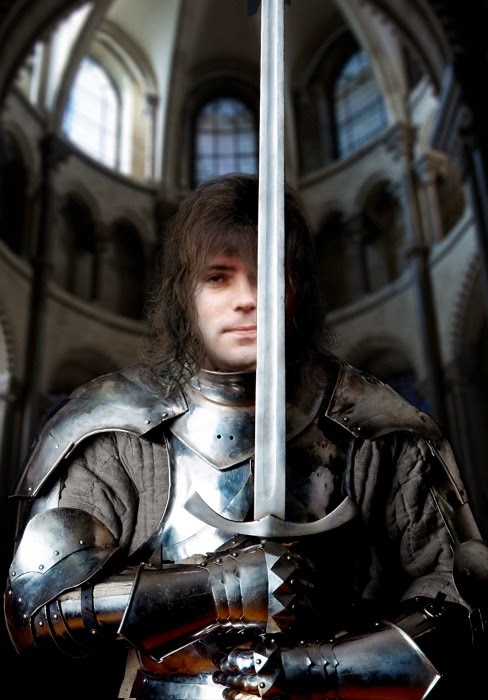 Email ThisBlogThis!Share to TwitterShare to FacebookShare to Pinterest
Labels: Author, Child Abuse, WELCOME TO MY GUEST